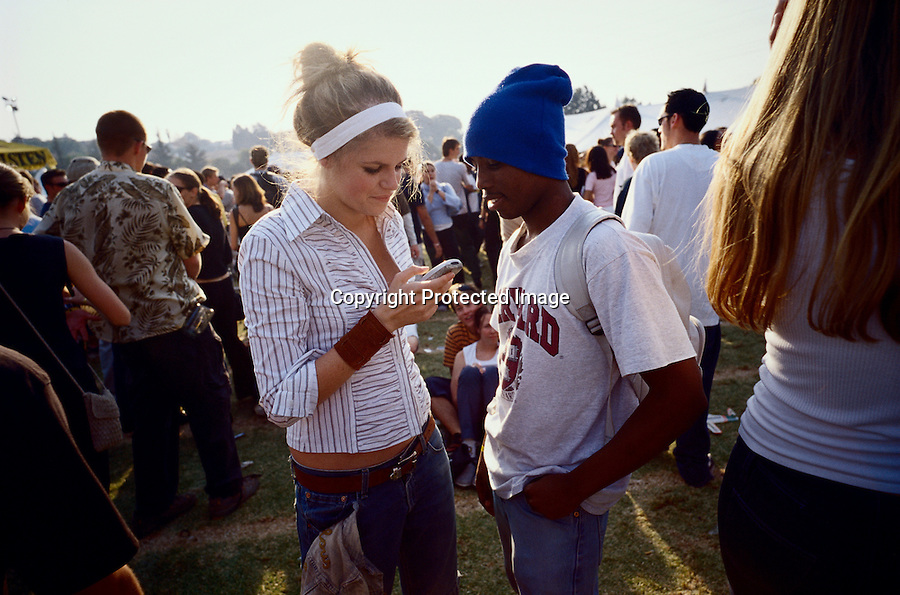 Unidentified youths socialize at a yearly youth festival on in Auckland Park a suburb in Johannesburg, South Africa. After ten years into democracy the white youth in the country has to compete with a growing black middle class and elite about jobs and prosperity. Some whites that were rewarded in the old system have problems to adjust to competing and sharing the country’s wealth with the black population.
(Photo by: Per-Anders Pettersson)
Per-Anders Pettersson